Artists and Local business in the Naples, Marco Island, Bonita Springs, and the rest of Southwest Florida know the importance of  “Keeping it Local” of what you spend should stay within the local economy.

Nowadays local businesses come and go so quickly that you just can’t keep up with it anymore. I can’t seem to stress it hard enough that the importance of keeping what we spend locally is the strongest way for the community to stand as a whole, however, you still see the seasonal visitors and part-time residents flowing into the big corporate retail chains to spend their money and not really giving it a second thought about the long and short of it and/or how it can destroy our little piece of paradise.

Artists and creatives are just only a few who are/ or have been hit the hardest from what I call the “New Money” that has been flowing into our area for the last 10 to 20 years.

Don’t you think it’s time we face the reality of this? Shouldn’t there be some kind of place a business owner could go and get the help they need and in return contribute their own time and services to others who could use their help as well?

I am not saying this in a monetary sense but more as a support group of the bartering kind and not a group of the “you scratch my back I scratch yours” which is what most of the. “Networking Business after Five” eat free food and get drunk kind of networking you see these days ( Yeah I know I opened up a big can of worms with that statement) but deep down inside you know it could not be further from the truth for many of them. I studied this for five years before I realized how true it was and /or is. The cold hard fact of networking is most do it for themselves and what they can get out of it and to hell with everyone else, However on the legitimate side of things for much smaller groups the cross-referrals do work, but that is not the topic of this discussion. We will save that for when I am really pissed off at the world.

The whole reason as to why I brought this up in the first place is I have seen this kind of concept below work personally, Back in the late 70’s I was a young man trying to raise a family and was on the verge of eviction and had no hope. In fact, much of the Midwest was facing the same conditions. In my situation in Sterling Illinois, there was a family who thought the same way that I am talking about.

The only thing I can remember about them is their name was the Schuneman Family and what they would do is make sure most of your basic bills would be paid only if you would devote some time to work at the local YMCA and other City projects. and it was totally funded by them. It was not a charity or State-funded project I mean you worked for what you got. Local businesses loved it as a dry cleaner could help by keeping you dapper for job interviews while carpet cleaning companies could help homeowners. House painters would paint the poor homes who could not afford it, while the plumber could help the painters with plumbing issues and no money exchanged hands. It was all about helping one another with getting back on our feet again during rough times

I mean back in the late 70’s the Midwest was in a real shit hole back then and there was no hope after Unemployment which was only 12 weeks. (with a 4-week ext if you qualified) Once you were through that gauntlet it was usually an eviction after that, and believe me, the winters were very hard at that time. Especially for the elderly. We once were hit with two blizzards back to back that devastated the Sterling/Rock Falls Ill, area and killed many

I really have to believe that if it were not for the Schunamen Family and others like them, many more of the people would have met their demise  in the Midwest would have frozen to death in their own homes because they could not keep heat in the house 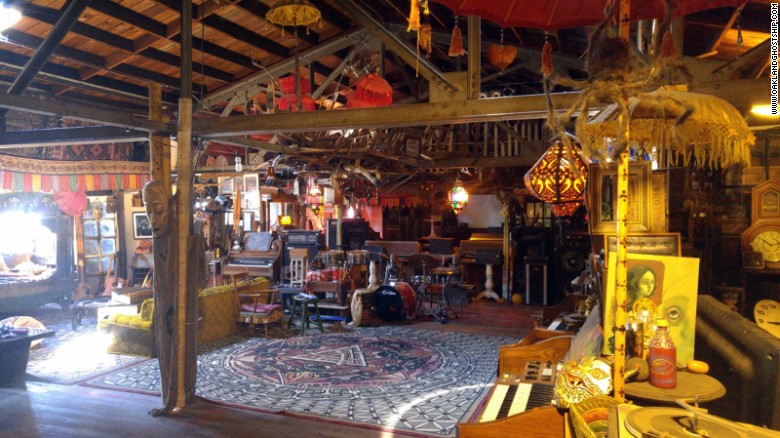 Oakland’s Artists Studio where many of them had called home.

I am trying to shed a little light on the subject and why I really would like to see more of this kind of thing happen. I think we would not have seen what had happened to the Oakland Artists with the Fires had we had more of the Schuneman kind of people and or programs to help the artists and creatives and whats’ more is I find it shocking that there wasn’t  Oakland has many residents that do very well for themselves regardless of what the neighborhoods look like from the outside with the bars on the windows. The money is surely there as I myself have worked (painted) inside these homes and some are the most beautiful places I have seen.

I for one have been running my own gauntlet since I lost much of my agility and ability to climb ladders and stairs that I find myself in the same predicament as the artists and have started a Go Fund Me Campaign to help me get my feet back on the ground so I can continue with helping others when I can. However, it seems fruitless as I have not seen a contribution in weeks if not months.

So I guess you could call this post more of a rant than anything else but if you were in my position right now you would understand why I am so pissed off at the moment. I just heard of two more local store closings in the area because they just can not afford to pay the monthly lease plus all the other crap the goes with running a small business in Southwest Florida.

I am not going to mention the name of the businesses as that is not the point here and plus I don’t want to look as if I am trying to martyr them any more than I have to as some would think that I am trying to push their last-minute sales as a publicity stunt. Yes there has in the past been businesses that have done this just to get a spike in last-minute sales and the next thing you see is a grand reopening under new management (it’s sickening )

Although some would call it a smart marketing move I would call it just flat out lying to the community. I have seen a few furniture stores that did this some years back with bankruptcies only to return less than a year later. Local residents were bilked out of hundreds of thousands of dollars of things they never got from the business owners they just shrugged their shoulders saying sorry while still living in their multi-million dollar homes and driving and keeping possession of their fancy European vehicles and still not missing that yearly getaway on their yachts laying anchor off the Amalfi Coast to get that monthly bag of cash out of the bank without any tax penalties My ass would have been thrown in jail for such a thing but I am not one with all the toys to “so to speak of”. You know the old adage “The ones with the most toys wins” Many of you know of who I speak of but I can not mention any names as I am having a hard enough time staying in business selling artwork out of my home

Get Featured On “The Creatives Daily”

My Pick For Music

Have You Read These?